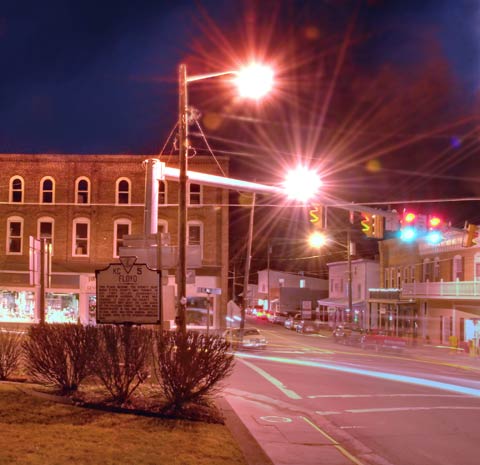 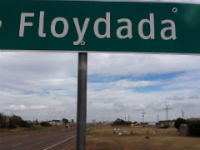 Floydiana does not refer to a place–unlike Michiana, a seven-county region of southwest Michigan and northern Indiana. Or unlike Floydada, the name of a community in Texas (photo). Instead it refers to a collection–like Shakespeareana, which means a group of materials by and about the playwright. Or Virginiana–materials about the Commonwealth held in a library. Although not made of flippable paper, it’s a book, like Virginiana: A Visitors’ Guide to Virginia History & Other Stuff, by Carolyn and Charles Bruce (Virginia Beach: Hen a’ Peckin’ Press, 2005). Pronounced Floydee-Anna rather than Floy-Diana, it records stories, people, places, landscapes, ways, and even animals that characterize the improbable Land of Floyd County, Virginia.

It does not (as a friend suggested) capture the Virginian adventures of an Indiana Jones, although the author does wear a hat to protect his generous scalp. Another friend mis-remembered the title as Floydorama. As for Floydlandia, no such debt to the symphonic poem by Sibelius. Nor does this enterprise have anything to do with Floy Diane, who grew up in the Lowcountry of South Carolina; or to Floydioli, a hand-made vegetarian stuffed pasta. Instead, it book continues the author’s earlier inclination to write about South Carolina, where he also directed the Horry County Oral History Project. This long-term undertaking resulted in archived video- and audiotapes, transcriptions, and two books. Documents of the project are held at Coastal Carolina University, where they are scheduled for what Stephen, in Joyce’s Ulysses, might have called The Ineluctable Modality of the Digital.

More immediately, Floydiana grows out of a column in the Floyd Press. When “The Bald Truth” failed to get enough inches-per-issue, the writer bundled it up and set it on the doorstep of WordPress, where it thrived. Baby Blog, however, climbed out of its cradle and became an electronic book like Randall’s Angel in Goggles: Earthly Scriptures. In doing so, Floydiana repurposed WordPress, which usually serves as a platform for websites and blog-posts. The latter pieces are 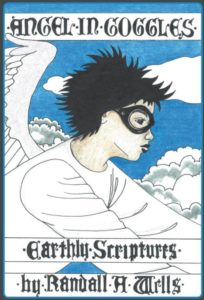 To create a book, Floydiana commandeered WP’s ability to revise and re-order material as well as to insert photographs. This non-blog aims for the thematic, expansive, purposefully sequenced, much-revised, and relatively permanent. Posts became chapters. Although some of these have a recurrent seasonal rhythm, most are topical rather than chronological. Exception: chapters devoted to single persons occur in roughly chronological order as to when the subjects arrived in the county, whether or not by birth. Randall grants that this creation does preserve a bloggy touch, a charming one, he hopes, that hints at many an addition and revision. A wholesale revision was not allowed because of his deadline of five years. 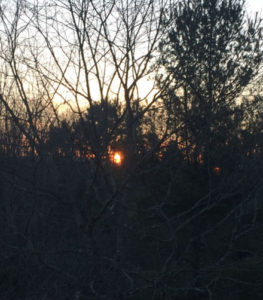 Shortest day of the year begins with an orange peek up the northern hemisphere, which has tipped farthest away from the sun.

Floydiana was compiled from the beginning of 2013 through December 21, 2017. On that last day of the solar year, the orange star (as viewed from the Wells home) managed to rise in the far southeast over the Caribbean, stay above the horizon for a token number of hours, then sink in the far southwest upon Atlanta. The perennially-written book turned out to be generously communal, for numerous other writers contributed whole and partial chapters as well as stories and brief quotations. Like the wagons that hauled corn and grain to its now-defunct watermills, Floyd County offers an axle-busting load of grist to a writer. The rolling fields of Floyd produce a mixture of the congenial, beautiful, diverse, disturbing, fascinating, and occasionally dangerous.

The county, located on the Blue Ridge Plateau in the southwest part of the state, points its northeastern corner toward Roanoke, or “Ro’noke.” (Map of Virginia counties.) The Blue Ridge Parkway pretty much defines its ragged northeast-southwest border.

The county has 15,000-16,000 residents and one proper town of about 450 people, also called Floyd, which boasts the county’s single traffic light at the nexus of State Route 8 (which runs fifty-five miles from the North Carolina line to U.S. Route 11 in Christiansburg, VA); and U.S. Highway 221 (which runs from Florida to Lynchburg, VA). The Stoplight’s tricolor progression can be spotted across Dodd Creek valley from the Wellses’ retirement house; it was built on a ridge, unlike traditional and farm houses that sought the protected valley and its flowing water.

Although the county has many a Hispanic resident and a few African Americans, most are white. Those are a mixture of Appalachian-stock families; people of hippy heritage that go back to the 1970s; and other residents who are countercultural to one degree or another, artisans, retirees–whoever moved here for the land, weather, and eclectic atmosphere.

As for employment, about two-thirds of its workers–aside from those who are home-based– commute to somewhere else. Not reckoned in th fraction: the unknown number of undocumented immigrants who work in the county. (See Chapter 46. for an example.) Many ply the Internet, a major compensation for the loss of manufacturing jobs. For example a veterinarian from Kentucky fabricates and sells horse-rescue harnesses. How did one tourist learn about the area? “I Googled ‘pottery and bed & breakfasts.’”☯

Now about your septuagenarian author (b. 1942). Almost four decades ago he wrote a column for a Conway, South Carolina, newspaper that became the nucleus for Along the Waccamaw: A Yankee Discovers a Home by the River (Algonquin 1990). He has a passion for rendering life with ink, as evidenced by the journal he has maintained, by pen and then pixel, since 1960, when it was assigned his last semester of high school. So fervent is he about visual compositions as well, that he was diagnosed with L.A.D. (“Looka Dat!”) and prescribed a cell-phone camera.

Although raised as a white Midwestern suburbanite Christian Republican, he has retained only the complexion. He had a brief medical career (one night as Doctor Gibbs in Our Town). Then he attended the first of his five colleges, postponing his sophomore year to travel around the world with friend Tom,1961-62. Before retiring to Virginia he lived in Wyoming and Connecticut as well as other Southern states: Tennessee, North Carolina, Mississippi, and coastal South Carolina–this last place where Randall and Marjory spent a third of a century and raised two children between salt- and blackwater.

The author recognizes two precedents for the book. Familiar Faces was an accomplishment of Ms. Morgan Cain’s. A series of more than sixty interviews with Floydians both home-grown and transplanted, it was printed in the Floyd Press, each with a photograph, before she graduated from Floyd High School in 2005. The audiotapes will be digitized and deposited in the Old Church Gallery.

“The Road Less Traveled” ran biweekly in the Floyd Press from 2004 until 2011. In this column Fred First celebrated the county’s natural resources and, backed by research, cast a chilly eye on threats to the health of Mother Earth. Fred has also written two books on the area, Slow Road Home and What We Hold in Our Hands, takes ace photographs, and keeps a well-read blog, “Fragments from Floyd.” See also his essay, “To Know Our Place,” in Floyd Folks: Collective Wisdom from a (One Stoplight) Mountain Community,” collected by Tommy Bailey. Willis, VA: Free Range Press, 2015. Also his introduction to Keepers of the Tradition: Portraits of Contemporary Appalachians, Pocahantas Press, 2015. This electronic book is heavily and happily indebted to Fred for his technical expertise.

Randall also thanks other lucky-to-have-them friends as well as his family, especially wife Marjory. For years she had to share his time and affection with a presence every bit as alluring as the veiled Dahlia (Chapter 44): the net-capped, tie-dyed, overalled, clay-smudged Floydiana. 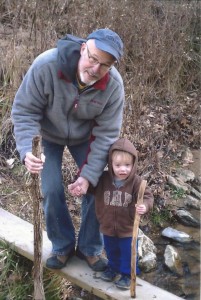 Randall and grandson Julien traverse Goose Creek at the Firsts’.

Randall dedicates Floydiana to the late Gregory Scott Wells, his brother, who along with Greg’s wife drew Randall and Marjory to Floyd County. Although we are here without him, without him we would not be here.