One fascinating aspect of the Floyd County landscape is the presence of roads that lead only into the past. They may be remnants left behind by a later one–by a deeper cut or a higher fill made in order to diminish a grade or expand the radius of a curve. They may blocked off, overgrown, or still used locally or even personally. Perhaps “old road” could include the former automobile racetrack behind the Hollingsworth and Vose plant.

They may still bear traffic but the original transportation can only be imagined: 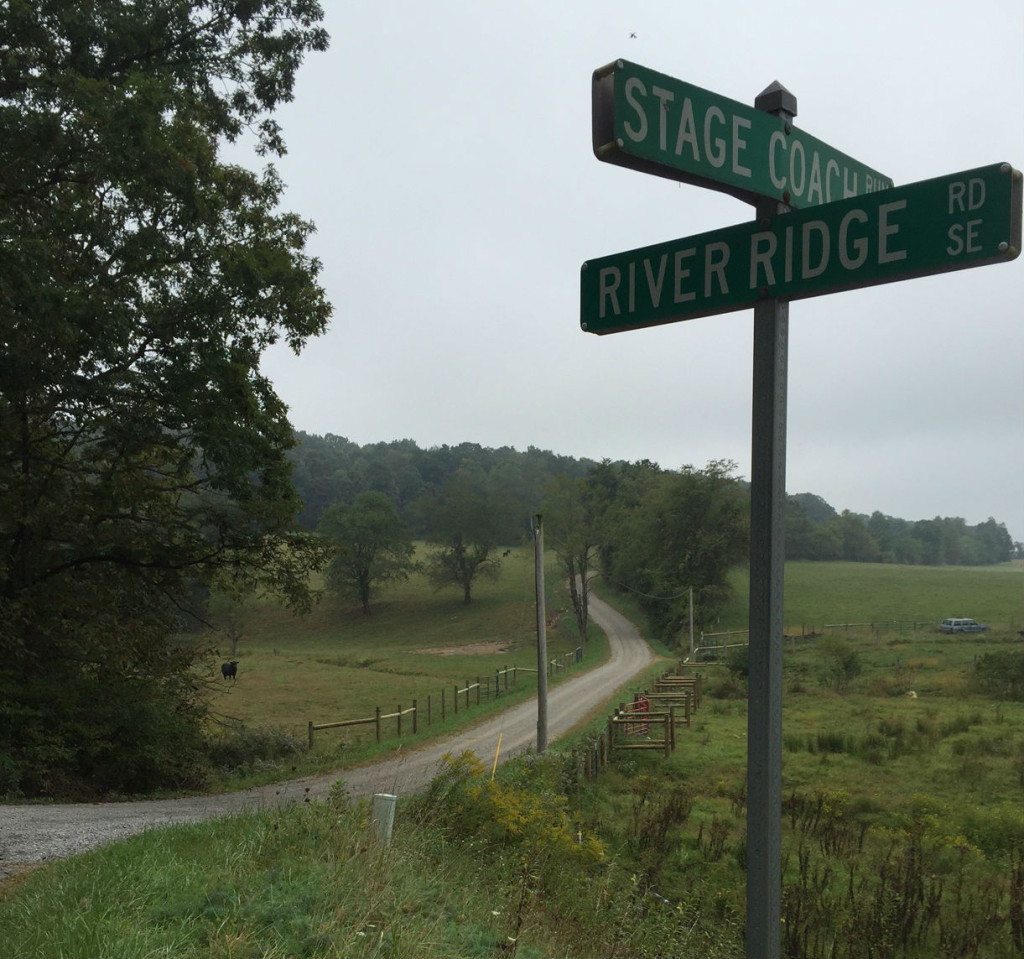 Stagecoach Road: can your hear wheels, springs, and hooves?

Or they may fade in memory with the passing of each year: 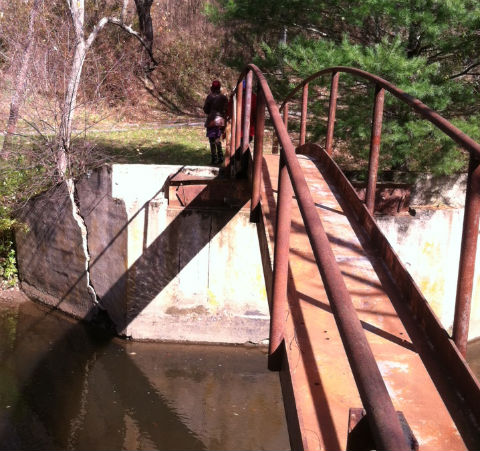 Former public road a mile or two from Laurel Branch Rd. NW. The bridge over the West Fork of the Little River was destroyed by flooding after Hurricane Hugo in 1989. Metal bent by the torrent was re-purposed as a pedestrian bridge. 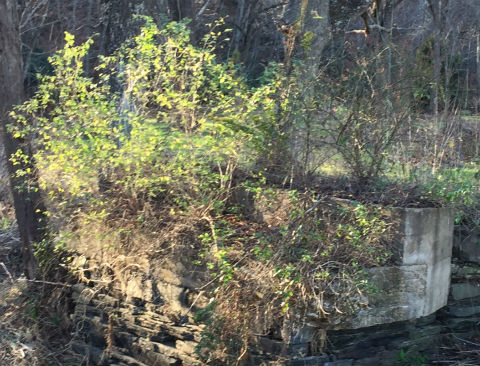 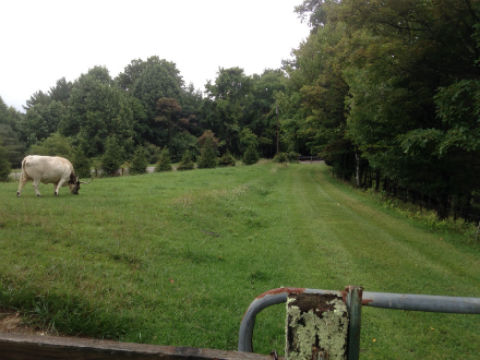 The earlier roadway of Big Lick Rd. NE was bought from VDOT in 1985 by Ernest Bryant. The new course now skirts his property.

Former Scotts Mill Rd. This predecessor of Rt. 8 winds from Floyd toward Christiansburg from a point near the county recreation area. November 2016. 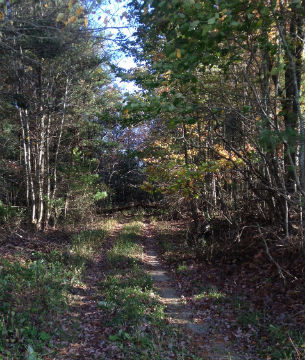 Oxbow off Christiansburg Pike NE, opposite one end of Thunderstruck Rd. To keep old-timers from accidentally driving it, a fallen tree blocks the ruts. 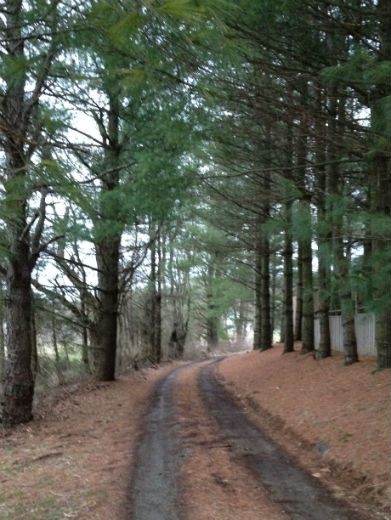 Just outside the town of Floyd, old Rt. 221 S. recedes into the bushes. It used to run up and along this hill next to the present, deep-cut Rt. 221. Note the fireplug on the Coartneys’ land, a relic of the highway’s importance. 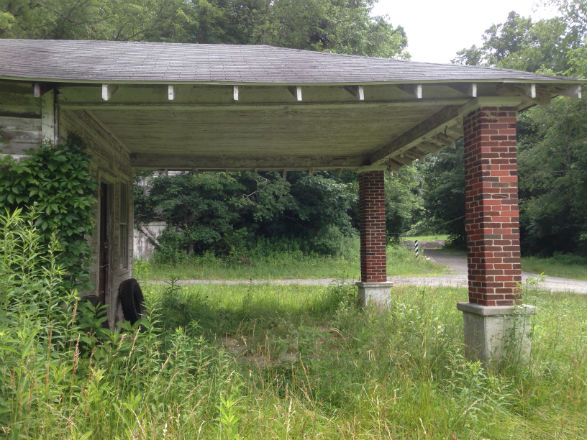 Disused gas station on Slusher Store Rd. NE. The former road passes in front of it to dead-end at the present Rt. 8 (background). 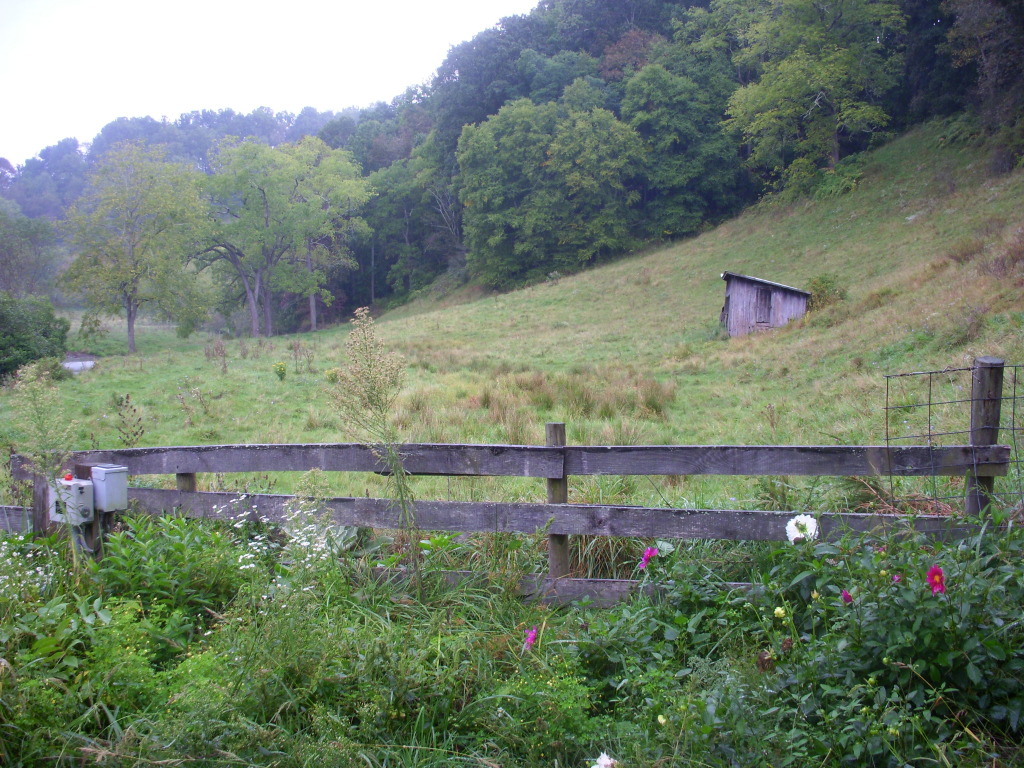 Former Penn Rd. NW used to run along the west side of Dodd Creek rather than the east (near where this photo was taken). Information courtesy of Alva Conner Coleman, 2013. 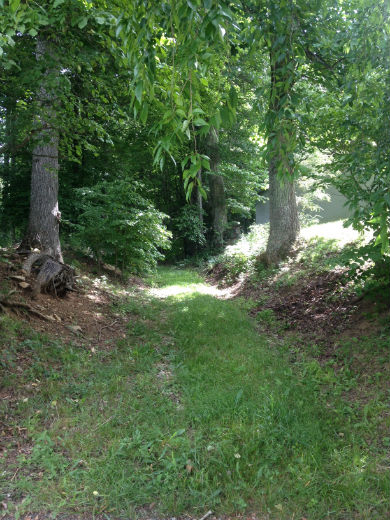 This road, on the property of Meredith Simmons Tompkins and James L. Tompkins, once ran between Old Furnace Rd. SW and Cox Store Rd. SW. 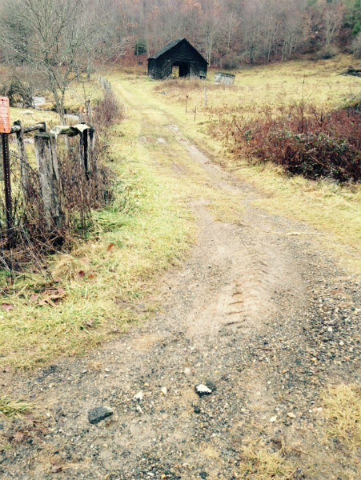 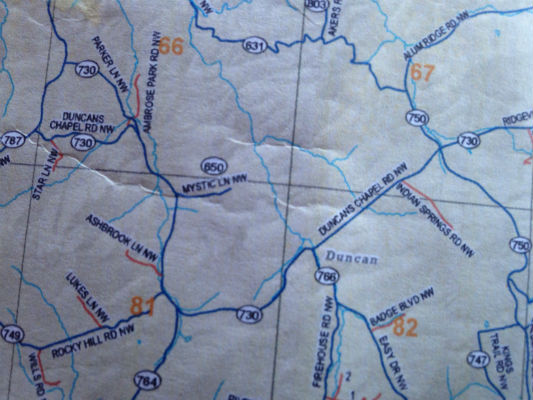 Mystic Lane (650) can be found left of center on this Floyd County Highway Map, 2001. Although it now sticks out eastward, twig-like, from Duncans Chapel Rd., it used to arc back down to join the same road. At that former junction, note the stream that once powered the “Ed” Strong mill (Chapter 5).